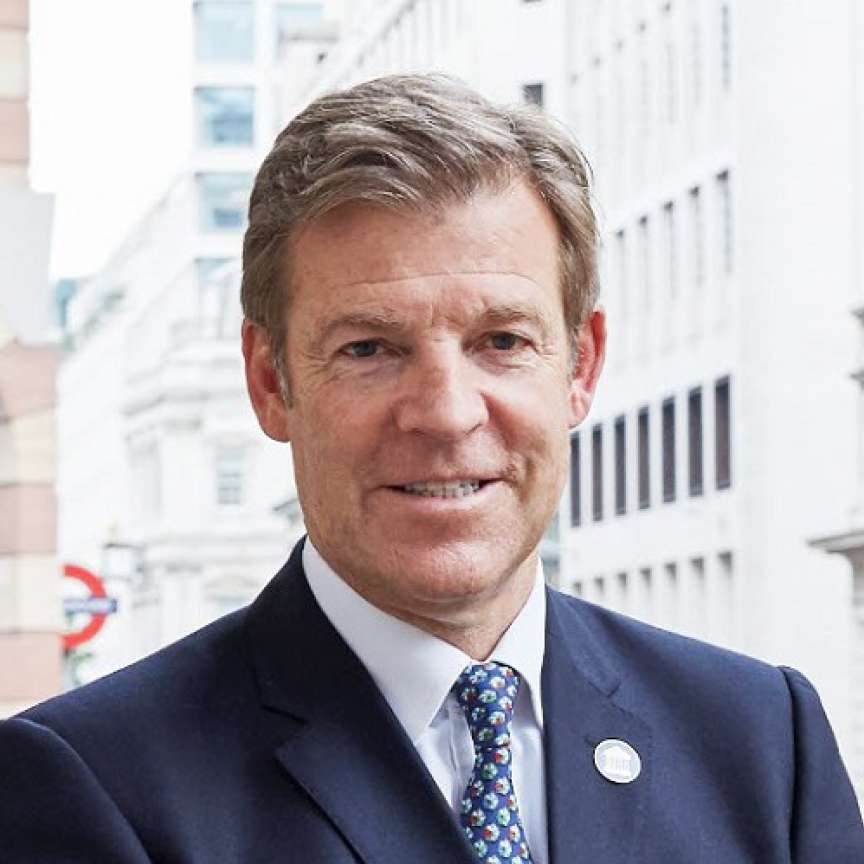 With over thirty years’ experience in the financial and business City, including holding senior positions in the national and international Banking sector, William started his career with First Boston before joining Merrill Lynch as an Investment Banker. He is currently Chair of CDAM, a London based Asset Management business and Senior Advisor to STJ Advisors.

William is on the Board of Innovate Finance, the industry body for the UK Fintech community. An educational entrepreneur, he is Co-Founder of Knightsbridge School and a Director of Knightsbridge School International. William is also a Director of Congham Hall Hotel and Red Savannah Travel. He is a member of the Campaign Board for the philanthropic campaign, Durham Inspired.

William has many current charitable interests including the Guildhall School of Music and Drama; the Royal Theatrical Support Trust; Place2Be, a children’s mental health charity; Charterhouse and Morden College.

William is a Court Assistant to the Haberdashers’ and Feltmakers’ Livery Companies and an Honorary Liveryman of the Paviors’ Company.

The Lord Mayor of London will arrive in Northern Ireland on Thursday in a bid to encourage fintech firms here to join his mission to bring back venture capital investment from the United States and elsewhere...But speaking to the Irish News, he said he understands the world of financial services is bigger than just the City of London. “It’s not all about London. We have fintech and financial services companies all over the UK and it would be great if some of the companies would be able to join me.”

The Lord Mayor, William Russell, said he was issuing a "call to action" to Yorkshire based fintechs who wanted to join him on upcoming trade delegations to the US to meet people who were looking to invest in the UK... He said: "We have this eco-system in the UK which started in London and now emerging outside London, We can work closely together. There are a lot of VCs (venture capitalists) in America who have missed out on fintech."

City of London
Lord Mayor
Nov 2019 - Present
London, UK
The Lord Mayor of the City of London is an international ambassador for the UK’s professional and financial services sector. He also heads the City of London Corporation, an organisation which promotes and supports London as a place to live, work, study and be entertained.

City of London
Sheriff and Alderman
Mar 2013 - Present
London, UK
William was elected Alderman in 2013, served as Sheriff in 2016-17 and has served on several Corporation Committees including: Culture, Heritage & Libraries, Planning & Transportation, Finance, the Education Board, Policy & Resources and the Livery Committee. The City of London is also known as the Square Mile, the financial district & historic centre of London.

Red Savannah
Director
May 2011 - Present
Award winning travel company specialising in tailor-made holidays to Africa, Asia, Indian Ocean and South America and luxury villas in Europe and the Caribbean. Red Savannah seeks to re-establish an old paradigm that brings real experience and craftsmanship back to the forefront.

Morden College
Trustee
Mar 2015 - Present
Blackheath, UK
An independent Charity based in Blackheath, London, governed by a Board of Trustees. Their purpose is to help older people by offering either a home where they can live independently, a home with some domestic support, or 24/7 residential care with nursing in their Care Home. They also grant limited direct financial support to non residents.

Guildhall School of Music and Drama
Board Member
Mar 2013 - Present
London, UK
The Guildhall School of Music & Drama is one of the world's leading conservatoires & drama schools, offering musicians, actors, stage managers & theatre technicians an inspiring environment in which to develop as artists & professionals. Selected as one of the top ten institutions for performing arts in the world, the School is a global leader of creative & professional practice.

Knightsbridge School
Co-Founder & past Chair
Jan 2009 - Present
London, UK
A vibrant and friendly school where girls and boys enjoy a broad range of opportunities designed to inspire and motivate them whilst nurturing individual talents and values. The children are provided with the guidance and support to become confident & responsible whilst also learning resilience and integrity to be the best they can be and to make a positive contribution as global citizens.

The Charterhouse
Development Board Member
Jan 2009 - Present
London, UK
The Charterhouse is a former Carthusian monastery, located between Barbican and Smithfield Market in London and to the north of what is now Charterhouse Square. Since the dissolution of the monasteries in the 16th century the site has served as a private mansion, a boys’ school and an almshouse, which it remains to this day.

Prostate Cancer UK
Chairman and Trustee
Oct 2013 - Dec 2016
London, UK
The first national organisation for prostate cancer in the UK. Their aim was to improve the care and welfare of those affected by prostate cancer, increase investment in research and raise public and political awareness. Campaigning for men with prostate cancer to receive the best treatment and care wherever they live in the UK, based on the latest evidence.

Royal Court Theatre
Chairman of the Development Board of Advocates
Jan 2000 - Dec 2007
London, UK
The Royal Court is the writers’ theatre. A leading force in world theatre for energetically cultivating undiscovered, emerging and established writers. It receives and considers an extraordinary quantity of new work, each year presenting an ambitious programme in its two venues at Sloane Square in London. In recent years, the Royal Court has also staged productions across the globe.
View allHide

Durham Inspired
Member of Campaign Board
Durham, UK
Durham Inspired is a landmark philanthropic campaign focused on ensuring Durham remains at the forefront of learning, research and education for generations to come.