The News Archive for Wendy Becker

The News Archive for Wendy Becker 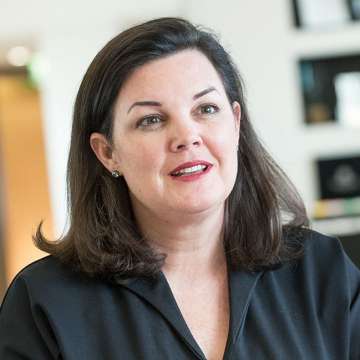 Logitech's Chair, Wendy Becker, commented on the company's eighth consecutive year of growth and her hopes for another strong year at Logitech.

Oxford Nanopore welcomes Wendy Becker and Adrian Hennah to Board

Oxford Nanopore Technologies is pleased to announce the appointment of Wendy Becker and Adrian Hennah to its Board as Independent Non-Executive Directors, with effect from 24th June 2021.

Wendy Becker: How to sit on a third sector board

Wendy Becker talks about fundraising struggles and knowing when to support your management team.

LAUSANNE, Switzerland & NEWARK, Calif. Logitech International (SIX: LOGN) (Nasdaq: LOGI) today announced that at its annual general meeting (AGM) the Company’s shareholders elected Wendy Becker as Logitech’s new chairperson. This followed an earlier decision by Guerrino De Luca to remain on the board if re-elected, but not to stand for re-election as chairperson when his term ended.