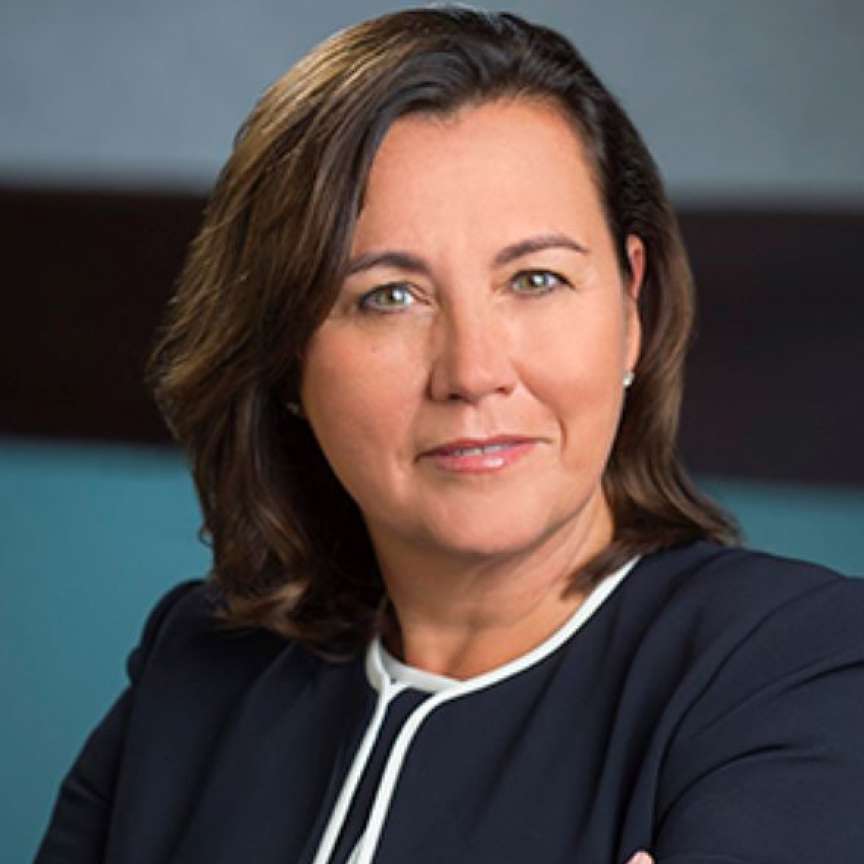 Noreen’s career trajectory is unique, as it is built upon three decades and five distinct roles with the same company, beginning in 1989 as CFO. At each turn, she was instrumental in Brinker’s growth, and fostering her own, culminating in her appointment as CEO in 2012 and President in 2020.

After her time as CFO, she was Regional Director of Sales. In this role, she gained insight into analyzing the needs of clients as they navigate their continually changing financial needs brought on by economic, career, and familial events. In 2005, as Executive VP of Strategic Planning, Noreen charted Brinker’s strategic future, developing a broader business strategy, while also overseeing major operational, financial, and strategic decisions. Next, as COO, she built upon her previous roles to develop long-term planning initiatives and manage day to day operations across all areas of the company.

Inspired by her daughter’s ideas on workplace equality, Noreen began to work with organizations that championed equality and diversity. She was on the Board of the Envestnet Institute Women in Wealth, a program that educates and empowers women to achieve success in wealth management. She also works to promote equality as a member of and mentor for the Money Management Institute’s Leadership Pathway. This initiative connects younger members with industry professionals to build their knowledge of the investment advisory industry. Noreen is often a featured speaker and writer on the topics of women in the workplace, equality, and diversity.

Noreen has received many accolades, including the Philadelphia Business Journal’s Most Admired CEO and EY Entrepreneur of the Year for Greater Philadelphia.

“With the merger of Orion and Brinker Capital, we are able to capture the momentum created by the increasing connectivity of technology and fiduciary advice, and channel it into the pursuit of a transformative advisor-client journey,” said Eric Clarke and Noreen Beaman in a joint statement.

"We're excited to further our mission of helping advisors engage meaningfully with their clients," said Noreen D. Beaman, Chief Executive Officer at Brinker Capital. "Through the Behavioral Innovation Lab, we are committed to enriching advisor-client engagement with tools, training, and technology to provide for the practical application of behavioral finance."

... TA Associates, Positioning the Combined Firm as a WealthTech Powerhouse. Noreen Beaman, Founding Partner & CEO of Brinker Capital, says, “By marrying our proprietary strategies with Orion’s best-in-class technology and open-architecture investment platform, we’ll be combining our unique strengths to enable clients working with both of our companies to continue building strong, profitable, and future-ready advisory businesses.”

Hear and Persevere: Inspiring Stories of Dynamic Women – Noreen Beaman
Interview
May 2020
Sarasota, FL, USA
In this interview with Copytalk, Noreen Beaman outlines her career path, while also discussing significant learning moments along the way and those who mentored and helped her gain knowledge during her career.

$he Spends
Interview: Noreen Beaman on Creating a Family-Oriented Workplace as a CEO
2019
New York, NY, USA
In this interview, Noreen Beaman discusses how her daughter inspired her to look more closely at issues of family, women, and the workplace. She also talks about becoming a mentor and an advocate for flexible family leave policies at her office.

Standard Deviations Podcast
Interview: Noreen Beaman - Lessons on Leadership
Sep 2019
Atlanta, GA, USA
In this episode, Noreen shares the lessons of leadership she learned along the way to becoming CEO of Brinker Capital, including how she defines leadership, how she keeps Brinker's culture remains vibrant, the place of failure and hardship in becoming a great leader.

Noreen Beaman of Brinker Capital, on Accountability
Interview
Jan 2014
New York, NY, USA
In this New York Times interview, Noreen Beaman talks about her views on leadership, the important lessons she has learned in her career, and company culture and accountability.
View allHide

Real Assets Adviser
The Road to Growth
Jan 2019
San Ramon, CA, USA
The road to growth: Brinker Capital was named after Brinker Road and, $23 billion AUM later, CEO Noreen Beaman is behind the wheel and negotiating its destination.

Ernst & Young
Greater Philadelphia’s Entrepreneur of the Year
2018
New York, NY, USA
EY Entrepreneur of The Year is a unique global program that recognizes entrepreneurs and their achievements, highlighting individuals who demonstrate vision, leadership, and success.

Profiles in Diversity Journal
Women Worth Watching
2012
Westlake, OH, USA
Nominated by their colleagues, peers, and mentors for their initiative and achievements, these are women of purpose and drive who represent diversity within their spheres of influence.
View allHide

Advancing Women in Leadership Workshop: Success Is Being a True CEO
Speaker
Oct 2020
Noreen Beaman will be a featured speaker at the Advancing Women in Leadership Workshop presented by Financial Services Institute. The event will discuss a range of topics with a focus on how top-performing women financial professionals are effectively becoming the CEO of their companies and their lives.