The News Archive for Gerry Cardinale

The News Archive for Gerry Cardinale 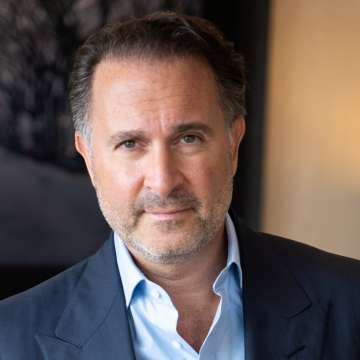 The Fenway Sports Group announced Wednesday “a significant investment in the Group by RedBird Capital Partners,” who are joined in the venture by LeBron James and Maverick Carter. The investment by RedBird into FSG is based on an enterprise valuation for FSG of $7.35 billion. RedBird is headed by founder and managing partner Gerry Cardinale.

Gerry Cardinale and Billy Beane raised $575 million as underwriters exercised an option to sell additional shares to meet demand. RedBall Acquisition Company, the duo's blank check company, completed its IPO and started trading today, giving it $575 million dollars and two years to complete an acquisition in the sports business. Cardinale is known for RedBird Capital which recently bought the XFL with Dwayne "The Rock" Johnson and Dany Garcia and is a minority investor in the YES Network through a 2019 deal valuing the cable TV channel at $3.47 billion.

The XFL has been sold to a group that includes former WWE star Dwayne "The Rock"’ Johnson, giving the bankrupt football league the kind of star power that may draw even non-sports fans. Johnson, an actor and producer who played college football at the University of Miami, teamed up with Gerry Cardinale’s RedBird Capital to buy the league just hours before a planned auction was scheduled to begin. “I could not imagine a better outcome for the XFL. Dany, Dwayne and Gerry are the best possible ownership group for the exciting journey ahead," said XFL President Jeffrey Pollack, who oversaw the sale process for the league.

Private-equity firm RedBird Capital Partners is teaming up with Oakland Athletics executive Billy Beane to launch the first-ever special purpose acquisition company dedicated to sports. The SPAC, which will be known as RedBall Acquisition Corp., has set out to raise $500 million to focus on businesses in sports, and sports-related media and data analytics

“We are proud and excited to help write the next chapter of Toulouse FC and realise its tremendous potential,” said Gerry Cardinale, founder and managing partner of RedBird Capital Partners. “We are committed to building a sustainable, long-term foundation for the club’s success by enhancing its on-field sporting performance, business operations and contributions to its community.