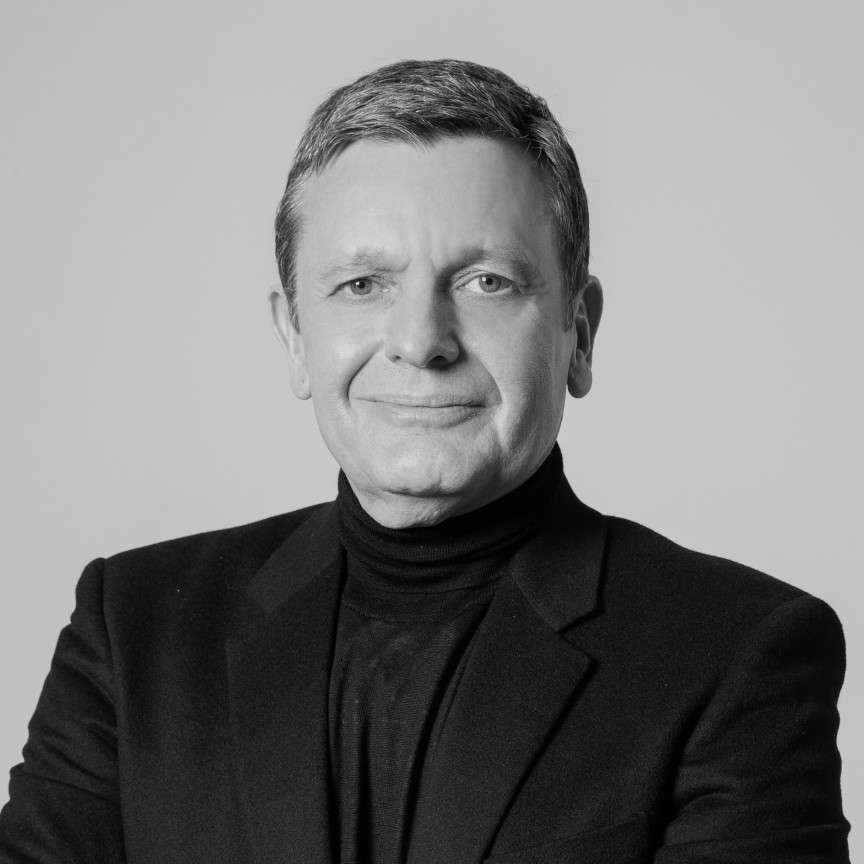 Tom Chapman OBE is an investor in early-stage companies and co-founder of MATCHESFASHION.COM.

He invests in committed founders to grow disruptive mission-driven businesses that leverage technology to deliver a better service to customers.

His work as an investor builds on his experience founding MATCHESFASHION.COM , operating at the forefront of the changing face of retail for more than 30 years. With his wife Ruth, they grew the company from a single store to a global luxury fashion brand with a reputation for nurturing talent and introducing designers, such as Versace and Prada, to the UK.

Under his leadership, MATCHESFASHION.COM invested heavily in technology, enabling the company to better understand the lives of its customers; provide a fast, convenient and highly personalised service; and connect with customers in new ways through rich content and storytelling.

MATCHESFASHION.COM was one of the first luxury brands to go online in 2007. From website launch, the company grew at up to 100 percent annually, raising £20 million in 2012 for a minority stake, before accelerating from a valuation of £76m to an acquisition price in excess of $1 billion five years later. It also pioneered blended retail, complementing digital with private-shopping concepts such as No. 23 and 5 Carlos Place.

Like MATCHESFASHION.COM , Tom's investments challenge the status quo and have strong brands that build deep, personal relationships with customers, and place special importance on social responsibility, inclusiveness and environmental impact.

Having been named as "trailblazers" by The New Times and "pioneers" by VOGUE, Tom & Ruth were awarded Draper's Lifetime Achievement Award in 2017. Described as a "retail innovator", he was inducted into the Business of Fashion Hall of Fame in 2018.

Matchesfashion.com co-founders Tom and Ruth Chapman have been awarded OBEs in the Queen’s New Year’s Honours List for their services to the international fashion retail industry. Commenting on the honour, Tom and Ruth Chapman said: “We are delighted to accept these awards on behalf of the many extraordinary individuals we were lucky enough to work with while founding and leading Matchesfashion."

"Businesses, whatever their size, must remain agile. They need to challenge pre-conceived ways of operating," says angel investor Tom Chapman. Chapman set up luxury retailer matchesfashion.com in 1987 with his wife, Ruth. The pair started out with a single bricks-and-mortar store in Wimbledon and expanded across London throughout the nineties, bringing luxury brands such as Versace, Prada and Bottega to the UK. Matches was one of the first British luxury fashion retailers to go online in 2007. "With every single decision we made, we put our customers first above everything else," says Chapman.

Read more
FOOD FOR KIDS trailblazer Cerebelly: 'Veggies are the first ingredient in all of our products … and

Based on research from Canadian neurosurgeon Dr Teresa Purzner - best known for her pioneering work with novel approaches to tackle childhood brain cancer – Cerebelly seeks to give babies the key nutrients their growing brains need, exactly when they need them.

Cerebelly
Investor and Board Member
Mar 2019 - Present
Cerebelly is a US-based baby food business which focuses on nutritional requirements around the developmental stages of growth from birth to the age of three.

Caliva
Investor
Jul 2018 - Present
San Jose, US
Caliva is a fully licensed, vertically integrated producer, retailer and distributor of marijuana and marijuana-based products that seeks to deliver the natural benefits of cannabis to consumers. It is presently the largest cannabis operator in California.

Plena
Investor
Jan 2018 - Present
Victoria, CA
Plena is a holding company based in Canada with a focus on the large-scale production of high-grade medical cannabis at the lowest production costs. It is accumulating cannabis grow production assets across medically legal countries in South America with an emphasis on export to high-cost, high-margin countries, such as Canada, Germany and Italy.

HEYDAY
Investor
Jan 2018 - Present
New York, US
Based in NY and LA, Heyday is skincare brand specialising in affordable facials that people love and engage with. They operate in a highly emotive category with high client loyalty and are building a self-care brand with a number of competitive moats. Their skin therapists and proprietary skincare database enables Heyday up to offer unparalleled personalization in skincare.

IPSX
Investor
Sep 2017 - Present
London, UK
IPSX operates the world’s first stock exchange dedicated to the IPO and trading of companies owning single commercial real estate assets. The company’s mission is to reimagine real estate investment by providing a mechanism connecting the asset class for the first time with every type of investor (from institutional through to retail) in a seamless way.

Universal Standard
Investor and Adviser
May 2017 - Present
New York, US
Universal Standard aims to erase the sizing and style barrier separating women into what has historically been the-haves, and the-have-nots of fashion. By creating well-made, elevated essentials for all women, the brand is spearheading the apparel industry’s move toward inclusivity and diversity.

by Humankind
Investor
Dec 2018 - Present
New York, US
by Humankind is a consumer personal care brand dedicated to reducing our global dependence on single-use plastic. Their revolutionary products take a responsible approach to your body and our planet, including their refillable deodorant, mouthwash tablets and shampoo bars, offering clean-ingredient, scientifically advanced solutions that reduce single-use plastic waste by 90 percent or more.

Serpentine Galleries
Member of the Innovation Circle
2018 - Present
London, UK
Championing the possibilities of new ideas in contemporary art, since opening in 1970 the Serpentine has presented pioneering exhibitions, showing a wide range of work from emerging practitioners to the most internationally recognised artists of our time, providing a place for them to experiment and an open platform for them to be seen and heard.
View allHide