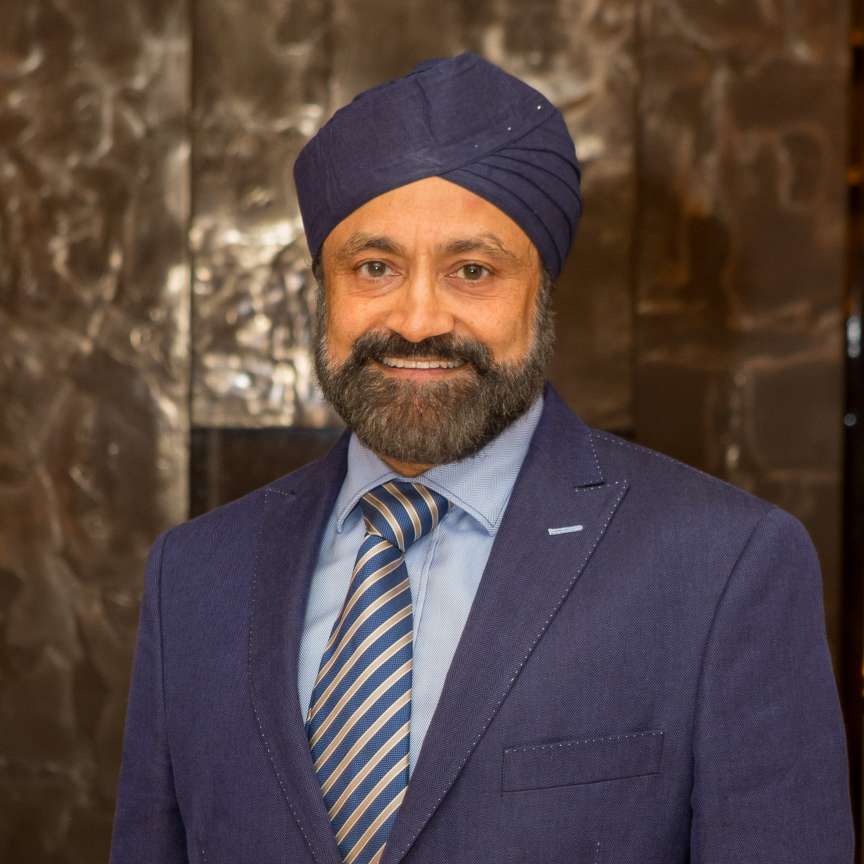 Founded in 2011, Dominvs Group is a fast-growing family business with divisions specialising in hospitality, residential property, commercial property, aviation, private equity and wealth management. It has more than £1 billion assets under management, over 12 under ownership, and over 3,000 hotel rooms under development.

He is also founder and former Chairman of Euro Car Parts, one of the largest distributors of car and light commercial vehicle parts in Europe, which he established in 1978. Starting out with a single local motor accessories shop in Willesden, London, Mr. Ahluwalia successfully grew the company to a multi-million-pound business with over 12,000 employees and 300 branches across the UK. Mr. Ahluwalia sold the company to LKQ Corporation in 2011 and continued to sit on the company's board as its Executive Chairman until December 2018.

Mr. Ahluwalia is also founder and significant shareholder of VAR Capital, an independent wealth management firm based in London. In 2018, VAR Capital was the winner of Euromoney’s Best Family Office award.

In 2019, Mr. Ahluwalia launched the Ahluwalia Family Foundation to support causes and projects in the UK and India, with a special focus on children and women's rights, homelessness, immigration, and entrepreneurship causes.

Born in Uganda, Mr. Ahluwalia spent time in a British refugee camp in 1972 after his family fled the regime of Idi Amin. Mr. Ahluwalia invests in companies in India and maintains strong links to the country, travelling back regularly and hopes to return permanently one day.

Property Week reported that the Dominvs Group has appointed a new commercial director, Adam Ratzker, as it prepares for rapid expansion in the upcoming 12 months.

Read more
Forbes
Sukhpal Singh Ahluwalia: From Refugee To One Of The UK's Most Successful Entrepreneurs

Sukhpal Singh Ahluwalia is the Founder and Chairman of Dominvs Group, his family’s real estate, hospitality and investment company... Ahluwalia is a success story for the self-made business leader, proof that hard work and grit can pay off without connections.

Euro Car Parts
Founder & Chairman
1978 - 2011
London, UK
Euro Car Parts is Europe's largest distributor of parts for all makes of cars and light commercial vehicles, employing more than 10,000 colleagues in 300 branches nationwide. Since its founding in 1978, Euro Car Parts has expanded by up to 35% each year. In 2017, Euro Car Parts opened T2 near Tamworth, Staffordshire, one of the largest car parts distribution facilities in the world.
View allHide

Jagriti Sewa Trust
Supporter
2012 - Present
Faridabad, IN
The Jagriti Sewa Trust provides education, coaching and financial support to underprivileged children in India. The Trust runs after-school classes for the children it supports, and also provides them with clothing and food.