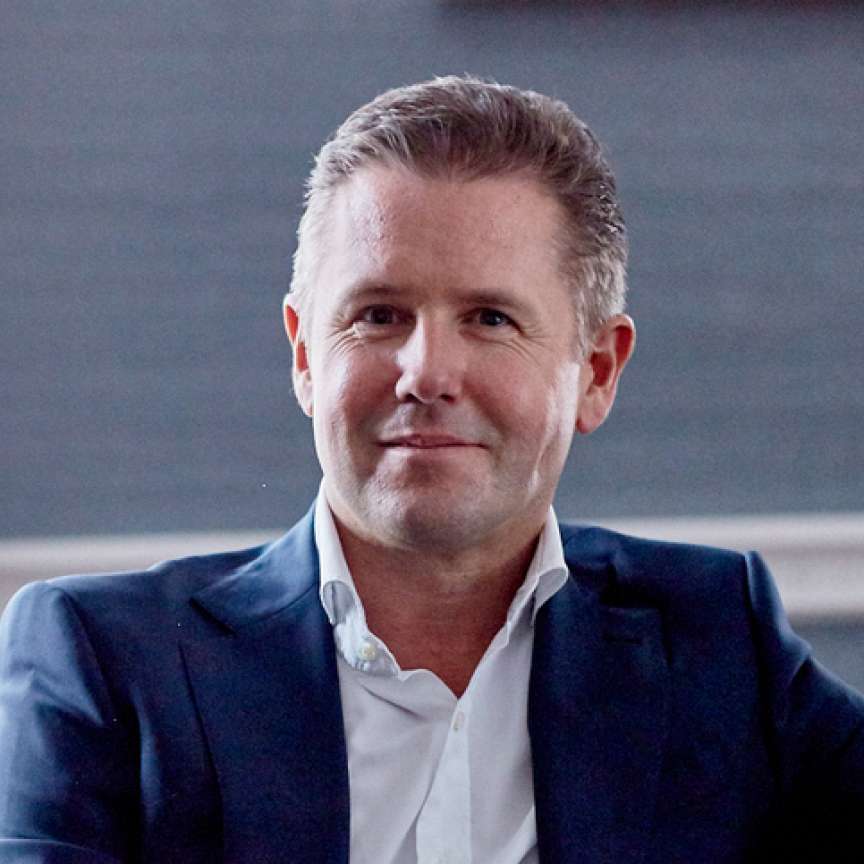 Steve Rigby is Co-CEO of Rigby Group, one of the world’s largest and most successful family-owned businesses.

Steve is the 2nd generation of the Rigby family to be involved in the running of the Group, which was founded in 1975 as a computer business by Steve’s father, Sir Peter Rigby. Since then the Group has transformed into a multi-national conglomerate that employs over 8,500 people across Europe and has revenues of more than £2.8 billion. The Group is made up of 6 key divisions: Airports, Aviation, Finance, Hotels, Real Estate and Technology.

Steve’s strategic guidance and business acumen have been pivotal to the company’s growth. He currently heads up Financial Services and Real Estate, whilst overseeing Finance, M&A and the family’s own investments. He also sits on the Board of the Technology, Aviation, Hotel and Airport divisions.

As well as running established Group divisions, Steve has founded a number of businesses including Rigby & Rigby, London’s multi award-winning Ultra Prime developer. He set up and later sold Fluidone, a leading voice, data and mobile specialist. He also founded Nuvias, a pan-European Value Added Distributor which today has revenues of over £400m. Here, the focus is on acquiring majority investments in established companies with high-growth potential, principally in the technology sector.

Steve divides his time between his responsibilities at Rigby Group, his philanthropic activities, his family and his hobbies. As a Trustee of the Rigby Foundation he helps to ensure that the Group’s success supports the local West Midlands community. Steve also chairs the development board of the children’s mental health charity, Place2be.

Steve has 3 children and lives in London and Oxfordshire with his wife. He is a keen sportsman and enjoys sailing, polo, shooting and tennis.

In September 2020 Steve and his brother James were appointed Co-CEOs of the Rigby Group, ensuring future generations of Rigbys at the helm.

Steven Rigby, Chief Operating Officer at Rigby Group says, "The past 12 months have been yet another period of successful growth and strategic achievement for the Rigby Group. Across our operations, we have witnessed key milestones which collectively have fed into yet another record set of financial metrics.”

Rigby Group plc
Co-Chief Executive Officer & Shareholder
Birmingham, UK
Rigby Group is the holding company for a portfolio of private businesses across Europe and the Middle East. The multi-national started life as a technology business and has evolved through strategic acquisitions that have allowed the group to grow its portfolio to 140 companies covering six divisions. In 2019 the Group's combined revenue across the six divisions reached £2.77bn.

SCC
Director
SCC plc (formerly known as Specialist Computer Centres) is the technology division of Rigby Group and was founded by Sir Peter Rigby in 1975. The company has evolved into a multinational IT services and solutions provider, based in the UK with offices in France, Spain, Romania and Vietnam.

Nuvias
Chairman
Steve Rigby founded Nuvias Group in 2015 to address three main areas: Cyber Security Advanced Networking and Unified Communications. The Group has 21 regional offices across EMEA and has revenues of over £400m, and £8m EBITDA.

British International Helicopters
Non Executive Director
British International Helicopters is the largest, British-owned helicopter firm, and long-term partner to both military and commercial clients. BIH works with the UK Ministry of Defence to support operations in the Falkland Islands, as well as delivering a combined SAR and Support Helicopter service to the British Forces South Atlantic Islands operations.

Rigby Capital
Chairman
London, UK
Rigby Capital was established in order to improve IT financing solutions by helping vendors develop commercial models that would align with their client’s financial needs.

Allect
Chairman
London, UK
Allect is an international design group that brings together the world’s leaders in design, including architecture, interior design as well as marine and product design. Allect falls under the Rigby Group umbrella and is unique in its structure, ensuring collaboration across all brands (including Rigby & Rigby, Lawson Robb and Helen Green Design), and design disciplines.

Place2Be
Chair of Development Board
London, UK
Place2Be is a British non-profit organisation that supports children with mental health issues and helps them navigate the associated challenges. The charity works with pupils, families and school staff across the UK.

Rigby Foundation
Trustee
London, UK
The Rigby Foundation Charitable Trust was founded on the principle that growth in business and giving back to society should go hand-in-hand. The Foundation currently has more than £1.5 million invested, principally in causes that support health and education.