The News Archive for Paul Kempe

The News Archive for Paul Kempe 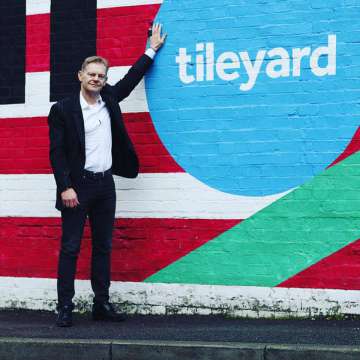 Paul Kempe, Managing Director of Tileyard said "We are definitely going to run an education programme there too and we have already been in talks with universities."

Paul Kempe said: “We can’t wait to see what opportunities Tileyard can provide to the creative industries in the north…We hope people will want to visit from local areas and further afield to experience what will be a thriving, vibrant community – to create, to meet, to eat and should they wish, stay in our new on site hotel!”

The Yorkshire Post writes of Tileyard London's Co-Founder, Paul Kempe's plan to extend the creative hub to the Rutland Mills in Wakefield. Paul Kempe says “If we get it right, Tileyard at Rutland Mills will become a destination - a magnet for people not just in Wakefield but further afield. My vision is that people will be coming to Wakefield to experience what will be an incredibly vibrant community - to meet, to eat, to stay in the hotel.

A free-one day event, bringing together professionals in the arts, technology and creative industries will take place in the district. Tileyard Studios, which has acquired Rutland Mills in Wakefield city centre and plans to turn it into a hotel, restaurants and music and arts studios, will hold the event at The Hepworth tomorrow.  Director Paul Kempe plans to transform the mills into 'Tileyard North', a creative centre for the music, film, television, design and media industries, providing up to 1,000 new jobs. He told The Express last year that his initial ideas also included the creation of a small boutique hotel, offices, an events space and a courtyard with bars and restaurant.