The News Archive for James Reginato

The News Archive for James Reginato 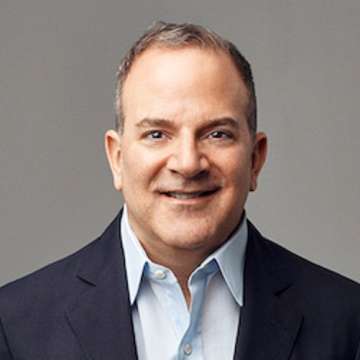 A Guide to Ibiza's Covid-Era Nightlife, Where Restaurants and Late Lunches Reign Supreme

James Reginato, Writer-at-Large for Vanity Fair, writes about the transformation that the famous European hotspot, Ibiza, has undergone in recent years and how the legendary mystique that made the Mediterranean island a popular destination for decades is still alive and well.

Describing her as a 'Texan legend' and a 'passionate champion of the arts,' James Reginato presents the reader with a sincere look at the life of the late Anne Marion. From her Texas upbringing in the 1930s and 1940s to her trailblazing role in the world of American art, Reginato illustrates how 'her unique collection represents a varied and fascinating journey through modern American art history.'

Ever Wonder What It Would Be Like to Run a Real-Life Downton Abbey? There’s a Podcast for That

"Entertained as we are by frothy tales of British royal and aristocratic life, we’ve rarely gotten the real story from the inside. Now, thanks to Emma Manners—properly known as Her Grace, the Duchess of Rutland—we can listen to it, in her new podcast series, Duchess, debuting this month..."

Editor and writer James Reginato has for years worked with Watson and calls him both friend and colleague. He describes those joint assignments for magazines as “among the most rewarding experiences” of his career, not just because of the calibre of the shoot they would deliver for the magazine, but for the sense of adventure and discovery each shoot would bring. “In those pre-digital and gloriously glossy days when our careers were new, landing with Simon at Fiumicino, or whatever airport it might be, was always the start of a great adventure,” says Reginato. “Long before Google Maps, I’m sure I got us lost countless times. We sometimes drove in circles around half of Tuscany before we found that castello or villa."

A Lighthouse for Magazines

After being forced to close due to Covid-19 restrictions, Casa Magazines in the West Village, owned by Mohammed Ahmed, was allowed to reopen due to the work of some loyal residents. "The sudden go-ahead from the city was the result of some frantic maneuvering by two West Village residents, James Reginato, a writer-at-large for Vanity Fair, and George Capsis, the CEO of the neighborhood’s monthly paper, WestView News, who lobbied Corey Johnson, the speaker of the New York City Council, and Freddi Goldstein, the mayor’s press secretary, for help. 'Mohammed was distraught after the cops barged in, and I was outraged for them,' Reginato said."