The News Archive for James Lambert

The News Archive for James Lambert 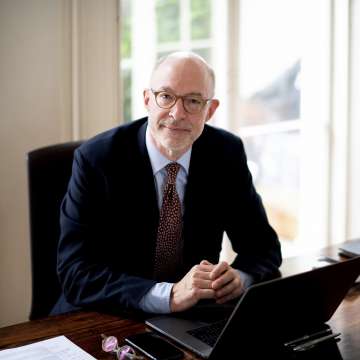 The New Year Honours list 2020 recognised a total of 84 people for their outstanding contributions to education, children’s services and improving social mobility. James Lambert was awarded an OBE for services to social mobility in education.

When we began our work just over 15 years ago, we had not anticipated the level of success IntoUniversity would go on to achieve. The charity began in 2002 as a response to the educational inequality faced by young people in West London. Initially, the project worked with secondary school students, however it quickly became apparent that in order to have a transformative impact our work needed to start with primary students, before attitudes towards education became hardened...James Lambert, Chairman of Trustees, IntoUniversity

... Or Even Make a Well-Informed Contribution to Charity

'Fabrics of Time' Balmain to Bicester

IntoUniversity Changing Society for the Better

James Lambert, IntoUniversity's Chair of Trustees in the Spotlight: ‘"We have grown from helping a handful of individuals to a point where we are genuinely changing society for the better...It is hard to believe how much we have grown and achieved in less than ten years. It is a remarkable narrative and we are truly indebted to our founders, our staff, our volunteers and our funders who make it possible for us to pursue this inspiring vision: closing the UK’s opportunity gap through education."