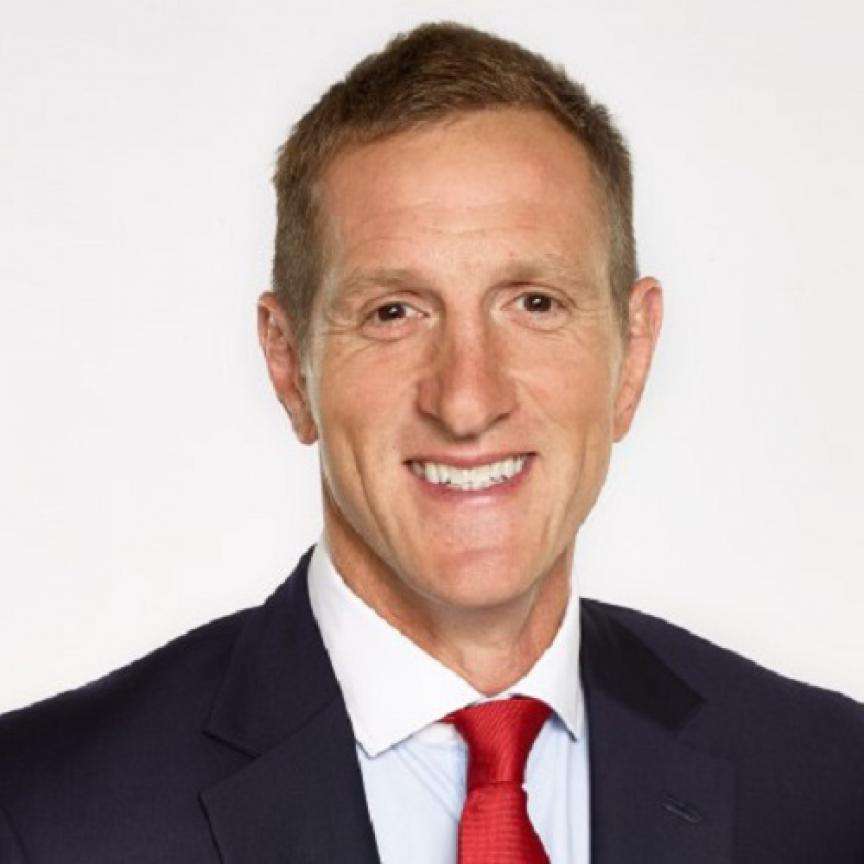 Will Greenwood, MBE, is an ex-England rugby player, who enjoyed a wide spectrum of adulation, playing the position of Centre so comprehensively.

Enjoying a career that spanned 11 years, Will represented both Harlequins and Leicester Tigers, two highly respected names at club level. He also featured at international level for England, compiling 55 caps and proudly played a part in the historic 2003 World Cup victory over Australia. In addition, Greenwood also played for the British & Irish Lions during multiple tours, displaying no reluctance to perform on the grandest stage.

Since retirement Will has gone on to establish himself as a renowned analyst for Sky Sports and The Telegraph. Will is also a successful businessman, having set up Legend Holidays & Events, a company providing family holiday experiences, corporate events and the Sports Fest family sporting festival. His transition into the world of business was undoubtedly aided by his proficiency as an academic. Prior to the commencement of his playing career, Will impressively graduated at Durham University, earning a degree in economics.

Aside from his sporting and business ventures, Will is a keen charity supporter, particularly of organisations that address premature birth and child bereavement. His passion for the cause is genuinely heartfelt, having tragically lost a son, Freddie, shortly after birth in 2002. A patron of Child Bereavement UK, Will also remarkably walked to the North Pole in 2018, in memory of his son Freddie and in the process, raised an astonishing £750,000 for Borne’s Research.

England and Harlequins legend Will Greenwood has given his view on how he feels the Premiership should approach the coronavirus disruptions.

Greenwood played a key role in England’s last, and only, Rugby World Cup triumph in 2003 when they beat Australia in a dramatic extra-time final in Sydney...This weekend Eddie Jones’s England team will seek to replicate that feat when they face South Africa in Tokyo, and the 47-year-old reached back into his memory to tell Reuters what the current crop will be going through right now.

England head coach Eddie Jones was right to include injured prop Mako Vunipola in his World Cup squad, according to Will Greenwood.

The Telegraph
Sports Journalist
Jan 2006 - Present
London, UK
Founded by Arthur B. Sleigh in 1855 as Daily Telegraph & Courier, the newspaper is published in London by Telegraph Media Group. With an international reputation for quality, the paper's motto "was, is and will be" features in every edition and has done so since April 1958. The Telegraph has the largest circulation for a broadsheet newspaper in the UK.

English National Rugby Union Team
Player
1997 - 2004
London, UK
The England national rugby union team can trace its history back to 1871 and compete in the annual Six Nations tournament. Winning on 28 occasions, including 13 Grand Slams, England are the most successful team in the competition's history. Traditionally donning white shirts, with a red rose embroidered on the chest, they are the only Northern Hemisphere team to have won the World Cup.

Leicester Tigers
Player
1996 - 2000
Leicester, UK
Established in 1880, Leicester Tigers play their home matches at Welford Road Stadium. European Champions in consecutive seasons in the early 2000s, the club have won a highly respectable 20 major trophies, including a record 10 English Championships. The Tigers hold the record for successive Premiership finals appearances (9) and are one of four teams never to have suffered relegation.

Harlequins RFC
Player
1994 - 1996
London, UK
Harlequins was founded in 1866 (although the first recorded game was not until 1867) as Hampstead Football Club and renamed in 1870. Founding members of the Rugby Football Union, "Quins", as they are affectionately known, won the European Challenge Cup in 2011 and a historic first Premiership title in 2012. The team plays its home matches at Twickenham Stoop, London.

Legend Holidays and Events
Director
May 2011 - Present
London, UK
Legend offers one-of-a-kind luxury family holidays and sporting events. The key difference is, they’re hosted by some of the biggest names in sport. The company aim is simple, to create legendary moments that family, friends and colleagues can treasure.

Canterbury
Ambassador
Stockport, UK
Founded in 1904, Canterbury of New Zealand is a UK based sports clothing company, specialising in rugby. The brand's name derives from the location the company was established, Canterbury, New Zealand. Its appeal gathered momentum having produced kit for the All Blacks and the company logo, featuring three kiwi birds, represents its three founding members.

Land Rover
Ambassador
Solihull, UK
Introduced in 1948, Land Rover is a British brand of luxury four-wheel drive cars. Owned by Jaguar, the vehicles are currently constructed in the United Kingdon, India, China, Brazil and Slovakia. Regarded as a British icon, the company was granted a Royal Warrant by King George VI in 1951 and further Royal accredication was received in 2001, in the form of a Queen's Award for Enterprise.
View allHide

Borne
Patron
Jan 2002 - Present
London, UK
Borne is a medical research charity based in Imperial College facilities at Chelsea And Westminster Hospital. Their aim is to identify the causes of premature birth to save lives, prevent disability and create lifelong health for mothers and babies.

Child Bereavement Charity
Patron
Jan 2002 - Present
London, UK
Child Bereavement UK supports families and educates professionals when a baby or child of any age dies, is dying or when a child is facing bereavement. Founded in 1994 as The Child Bereavement Trust by Jenni Thomas OBE, an influential figure within the NHS who worked with the charity throughout its first 15 years.

Nicholls Spinal Injury Foundation
Patron
Jan 2011 - Present
London, UK
nsif is the dedicated funder of research at the forefront of treating paralysis caused by spinal cord injury. Founded by Chef David Nicholls after his son Daniel became paralysed from the neck down, the organisation's overriding purpose, funding research, has led to incredible breakthroughs in the mission to make SCI a treatable condition.
View allHide

On The Ball
Media Appearance - "Will Greenwood tells the story about the time he almost died playing for the British & Irish Lions"
Dec 2019
Galway, IE
Appearing as part of a Heineken Rugby Club Roadshow, Greenwood, along with former Ireland player Brian O'Driscoll, detail various experiences that occurred throughout their career. Among the many tales relived, Will extensively explains the harrowing time he almost lost his life after a freak tackle whilst playing for the British and Irish Lions.

Bulgarian Bruises, Bloodgate and Other Stories: The Changing World of Rugby
Author
May 2013
London, UK
Achieving about all there is to achieve in the game of rugby, Will offers fascinating insight, from hilarious character sketches to technical discussion and recollections of that historic 2003 World Cup win with England. Touching upon various aspects of the sport, both grassroots level and featuring as a professional, this title is a must for rugby fanatics.

Will: The Autobiography of Will Greenwood
Author
Jun 2005
London, UK
A proud Lancastrian and considered abundantly intelligent, Greenwood's engaging nature and wit come across strongly as he relives the key moments of a glittering career. Discussing the moment he almost lost his life due to a brutal tackle and away from his playing career, expanding on heartbreak and joy experienced in his personal life, Will covers all bases.