The News Archive for Sebastián Muñoz

The News Archive for Sebastián Muñoz 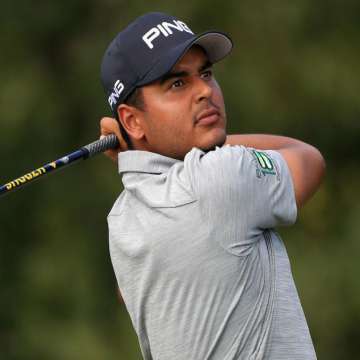 The Colombian Olympic Committee has announced that María José Uribe and Juan Sebastián Muñoz have qualified for the Tokyo Olympic Games, bringing the number of Colombian representatives to 56.

Sebastián Muñoz hit 15 of 18 greens in regulation during his third round at the Zozo Championship at Sherwood, and had a good round of putting, with no misses on putts within 10 feet. Muñoz finished his day tied for 4th at 16 under; Justin Thomas is in 1st at 19 under; Jon Rahm is in 2nd at 18 under; and Lanto Griffin is in 3rd at 17 under.

Sebastian Munoz twice holed out for eagle from a combined distance of 219 yards. He also had eight birdies. Throw in a wild tee shot for double bogey, three bogeys and only five pars and it added up to an 8-under 64 and a one-shot lead on Thursday in the Zozo Championship at Sherwood.

What Muñoz did better than almost anyone was making birdies in bunches, including four birdies in his first five holes. He nearly holed his second shot from 106 yards on the opening holes to set the tone for the day. “Sometimes I just ride the momentum. One good shot kind of feeds me for two, three holes,” he said.

Sebastián Muñoz captured his first PGA Tour victory last year in a playoff over Sungjae Im and seeks to become the first repeat champion of the event.