The News Archive for Scott Minerd

The News Archive for Scott Minerd 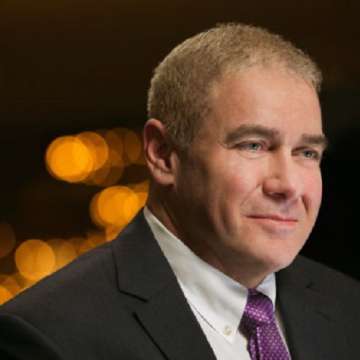 For lessons on fighting inflation, skip Volcker and remember 1946

With pundits looking to the past for relevant comparisons for today's inflation worries, Scott Minerd says we should look to the postwar era, when the Fed was able to rein in a spike in prices triggered by postwar pent-up demand.

Scott Minerd discusses his concern that outdated technologies have led to vulnerabilities in global payment systems. As a result, he says, there is a high probability of an attack on these systems that could do significant damage to the markets.

Guggenheim’s Scott Minerd, who called bitcoin’s recent crash, warns about what comes next

Guggenheim Partners’ Scott Minerd, who warned last month about a bitcoin collapse, predicts the world’s biggest cryptocurrency is poised for further decline. “You can afford to be patient here. There’s more to go,” Minerd said in an interview that aired Tuesday on CNBC’s “Worldwide Exchange.” Previously, Minerd said bitcoin could plunge 50% in the near term to between $20,000 to $30,000. He was right.

Guggenheim Global Chief Investment Officer Scott Minerd discusses the risks he sees for markets, the outlook for regulation of special purpose acquisition companies (SPACs), and the likelihood of another Wall Street firm imploding in a manner similar to Archegos Capital Management. He speaks on "Bloomberg Markets: The Close."