The News Archive for Peter Boyd

The News Archive for Peter Boyd 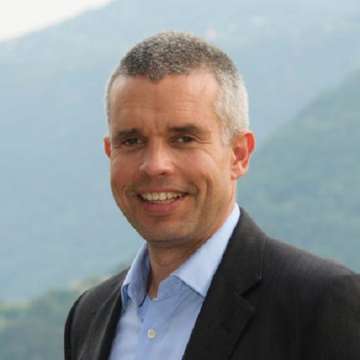 A recent proposal by Dan Esty and Peter Boyd in Yale Environment 360 ad­vocates that the Paris Climate Change Agree­ment should add a mechanism to allow corporations, cities, and other non-state actors to formally join the accord.

BLUE, the leading global PR and communications consultancy for the marine and energy markets, has appointed former COO of Carbon War Room, and Virgin Mobile South Africa CEO Peter Boyd as non-executive director.  Peter Boyd said: “Having worked on the client side with BLUE for many years, it is clear to me that their passion and vision for professionalising PR and communications in the industries they serve is one that translates into significant business opportunity and growth..."

Peter Boyd, the founder and CEO of Time4Good and a fellow at Yale University’s Center for Business and the Environment, echoed Mr. Richardson. Clean energy is getting cheaper and fossil fuels are getting more expensive. “It’s not an if, it’s a when,” he said of the pending shift in the world’s economy....Mr. Boyd said President Trump had missed an opportunity by announcing the United States was pulling out of the Paris climate accord,” in which world nations agreed to a framework for controlling the emission of greenhouse gases. He said the decision risked putting the United States at an economic disadvantage.

The South Fork Natural History Museum’s (SoFo) third annual Climate Change Conversation is Saturday, September 23 from 5 to 7 p.m. Free and open to the public, the event feature a panel discussion and reception with notable environmental experts and elected officials including Peter Boyd, an executive fellow at Yale University’s Center for Business and the Environment.

To boost meeting quality, make people enter a lottery to get on your calendar

Across industries, leaders and funders face inboxes packed with unsolicited pitches and requests for back-to-back meetings and calls. This dilemma inspired Time4Good a scheduling platform that helps sought-after people whittle down their emails by making meeting-seekers enter a lottery. “If you’re busy and in demand, consider how valuing some of your time for good could transform many lives, including your own,” said Time4Good founder Peter Boyd speaking at the high-powered TEDWomen conference in San Francisco on Oct 27.