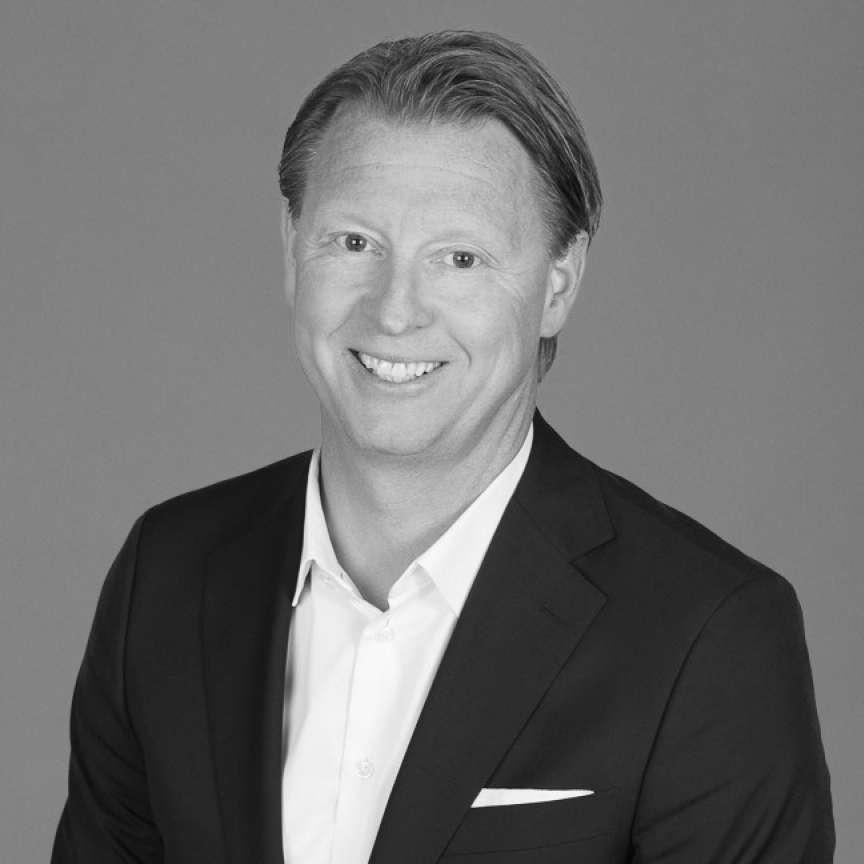 Hans Vestberg is Chairman & Chief Executive Officer of Verizon Communications, one of the world’s leaders in wireless, fiber-optic, and internet services and networks. Since joining Verizon, he has played an integral role in furthering the development of the company’s extensive network architecture.

Prior to assuming his current roles, Hans served as Verizon’s CTO & President of Global Networks. In these roles, he was a leading figure in growing Verizon’s 4G LTE network, increasing research into the 5G network, and further developing the nation’s largest residential fiber network, now found in 45 out of 50 states. Before joining Verizon, Hans served as CEO of Ericsson, where he began his career in 1991. While at Ericsson, he worked in Sweden, China, Brazil, Mexico, and the US, roles that have served as the foundation for a renowned international career. He has been a featured speaker at many industry conferences and is often interviewed by top news sources, including CNBC, Bloomberg, and WSJ.

Hans is a noted philanthropist dedicated to myriad global causes. He serves on the Board of the United Nations Foundation and is a member of the Leadership Council of the UN Sustainable Development Solutions Network, a council formed in 2012 with the goals of promoting sustainable development initiatives and implementation of the Sustainable Development Goals (SDGs) and Paris Climate Agreement. Hans also serves on the Board of the Whitaker Peace & Development Initiative, an NGO that fosters the values of peace and social development in areas impacted by violence and conflict, and previously served as Chairman of the Swedish Olympic Committee.

Hans is fluent in Swedish, English, Spanish, and Portugese. He holds a Bachelor of Business Administration from the University of Uppsala in Sweden.

Verizon commits to meeting the Paris Agreement 10 years early and vows to become carbon neutral by 2035. “Climate change is a global challenge that impacts everyone, and that is why we considered it vital to join The Climate Pledge,” said Hans Vestberg, Chairman and CEO of Verizon. “Leaving future generations with a cleaner world is core to our values as a responsible business."

Verizon donates over $1M in online advertising to help rescue missing children. “I am thrilled to announce this important new partnership between Verizon and the National Center for Missing and Exploited Children,” said Hans Vestberg, Verizon Chairman and CEO. “As Verizon builds the networks capable of delivering revolutionary 5G experiences, we must stay focused on protecting children from new and existing forms of online harm. NCMEC does heroic work to fight online child exploitation and to help rescue missing children and we are proud to support these efforts.”

Verizon's total COVID-19 crisis commitment now stands at over $55 million in contributions and donations to nonprofits around the globe. "Our commitment to the state of New Jersey runs deep," said Hans Vestberg, Verizon Chairman and CEO. "With our global operations base and thousands of our employees and retirees proudly living here, we stand ready to support the local residents and continued efforts of the NJ Pandemic Relief Fund."

Ericsson
President & CEO
1991 - 2017
Stockholm, SE
Hans early years with Ericsson proved he was instrumental in developing Ericsson’s industry-leading services organization. In 2007 he became CFO & was named CEO in 2009. As CEO, he led more than 115,000 employees as the company transformed from a focus on hardware to software & services.

Hexagon AB
Vice Chairman
2017 - Aug 2018
Stockholm, SE
Hexagon is a global leader in digital solutions that create Autonomous Connected Ecosystems (ACE), a state where data is connected seamlessly through the convergence of the physical world with the digital & intelligence is built-in to all processes.

CNBC: Davos interview with Verizon CEO Has Vestberg
Interview
Davos, CH
Hans Vestberg, CEO of Verizon, joins "Squawk Box" at the World Economic Forum in Davos to discuss the roll out of 5G, competition in the telecom space, the future of cable and more.