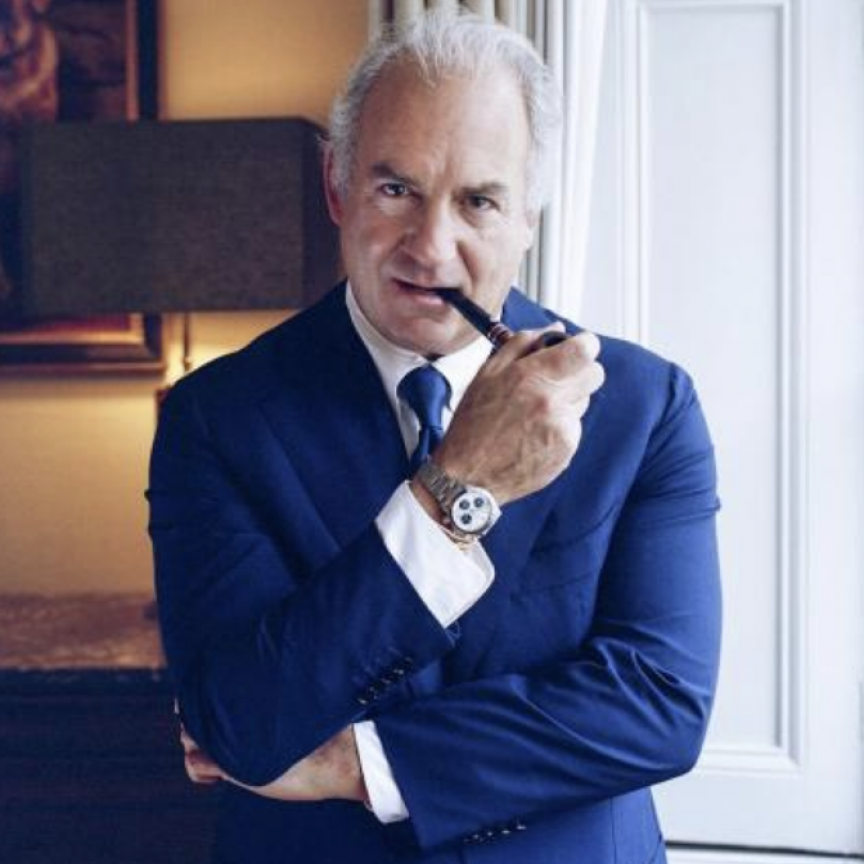 Charles is Founder and CEO of Finch + Partners the strategic brand development and advisory firm with offices in London, New York and Hong Kong. Alongside developing and financing brands the company owns, the firm is also engaged by leading luxury companies for marketing expertise, content creation or crisis management. The firm has also raised investment and sponsorship for cultural institutions, start-ups and charities.

Charles is also a leading shareholder and Former Global Chairman of Dean & DeLuca the leading US food retail brand with stores in Asia and the Middle East.

Outside of Finch + Partners, Charles is a shareholder and sits on the board of Assouline, the luxury publishing house with over 40 retail stores and a publishing archive of more than a 1000 titles.

Finch Publishing Group has held interests in a number of magazines as well as publishing Finch’s Quarterly and The Power of Film in 2017. The company produces the critically acclaimed food podcast Live From Prince Street which has achieved nearly half a million downloads and has included stories from the most acclaimed chefs.

Finch entertainment interests include a shareholding and a board seat on the hugely successful world cinema streaming service MUBI.com. Known for the quality of the platforms the company is rapidly expanding.

Charles has been a contributor and columnist for GQ, The Financial Times and Esquire, and has become well known for hosting his annual Oscar, BAFTA and Cannes Filmmakers dinner. He is valued as a tastemaker, appearing several times on the Vanity Fair best dressed list.

Edward Enninful, Michael Kors and Charles Finch hosted a glamorous dinner party to celebrate filmmaker Lynne Ramsay who received the Annual Filmmaker Award. The annual Filmmakers Dinner by Finch & Partners, now in its tenth year, was set against the stunning backdrop of Hôtel du Cap-Eden-Roc, with the Gipsy Kings entertaining guests with a surprise performance.

“This is quite the do,” said David Furnish, neatly summing up the goings-on at the 20th anniversary of Charles Finch’s annual pre-BAFTAdinner, cohosted by Chanel. For this edition, Finch took over the entire labyrinthine sprawl of private members club 5 Hertford Street...

FINCH + PARTNERS CORPORATE CREATIVE
Founder & CEO
Jan 2005 - Present
London, UK
Charles is the Founder and Creative Director of the Finch & Partners Corporate Creative Agency, a global creative brand consultancy which represents and advises some of the world’s most distinctive brands and institutions within the political, cultural, philanthropic and entertainment sectors. F&P have offices in London, Paris, Hong Kong, Bangkok and New York.

CHUCS Bar and Grill
Founder
Aug 2014 - Present
London, UK
In 2011 Charles founded the brand Chucs, which includes both Chucs Bar and Grill and Chucs Dive and Mountain Shop in Mayfair.

Pink Sands
Co-Owner
2014 - Present
London, UK
Charles, in partnership with Sony, owns the Pink Sands production company, which works across both television and film. Forthcoming projects include a Showtime production on the life of Whitney Houston and Christopher Hampton adaptation of Edith Wharton's "Custom of the Country" project with Scarlett Johansson. He is also exec-producing Cecil Beaton directed by Lisa Vreeland.

STANDALONE
Founder & CEO
Jun 2019 - Present
London, UK
Standalone Films will be launching in 2019. We aim to discover, develop and deliver the highest quality films for a variety of platforms, finding unique and maverick voices. While hoping to guide the next generation of talented filmmakers, Standalone also aims to unearth interesting and original content from established voices.

Battle for Haditha
Executive Producer
Hollywood, US
Produced in 2007, the Battle of Haditha is a film directed by British director Nick Broomfield. Using a documentary style to dramatise real events, the film is based on the Haditha killings in Iraq.

Never Ever
Actor and Director
Hollywood, US
Written and Directed by Charles Finch, Never Ever is an independent film about a British couple who move to Paris. Starring Charles Finch, Jane March and Sandrine Bonnaire.
View allHide

Dean & Deluca
Former Chairman
Jul 2015 - Jul 2019
New York, US
In July 2015 Charles and his former business partner Sorapoj Techaskraisri joined the board of Dean and DeLuca, a chain of upscale grocery stores established in New York City. Dean & DeLuca now have stores in Asia and the Middle East.

MUBI
Board Member
New York, US
MUBI is a subscription video on demand service that took film curation to the next level by offering just 30 handpicked gems online. Every day one is added to the list, and one drops off the bottom. The quality of the choices means its members can watch a masterpiece or take a confident chance on a film they may not have heard of.

Assouline
Board Member
New York, US
Assouline is the premier brand on luxury, offering a wide variety of books and more. Founded in 1994 by Prosper and Martine Assouline. It has published about 1,500 titles on subjects including architecture, art, design, fashion, gastronomy, lifestyle, photography and travel

Giles Deacon
Board Member
London, UK
Giles Deacon is a British fashion designer. He launched his first collection for GILES at the 2004 London Fashion Week and was named "Best New Designer" at the British Fashion Awards. Deacon's designs have been met with critical acclaim and have sparked a renewed interest in London fashion.
View allHide